In September, 2017, a 7.1 magnitude earthquake struck the Mexican state of Puebla. Over 300 people were killed, and buildings were reduced to rubble throughout Puebla and Mexico City. This was the strongest earthquake to hit the country since 1985, though a smaller, but still deadly, earthquake struck southern Mexico only weeks earlier.

Many communities were living in substandard, temporary or incomplete housing, even 10 months after the earthquake. The clowns were told that money for housing was diverted away from earthquake victims. Though earthquake relief was the primary focus of the tour, it’s impossible to be in Mexico and ignore the reality of human migration. The clowns worked with people who are walking toward the U.S.–Mexico border, in search of peace and a stable life. The struggles of migrant people and the ongoing internal displacement of earthquake victims contribute to a culture of distrust, which the clowns addressed in their performances.

Self funded, Financed / cofinanced by a partner 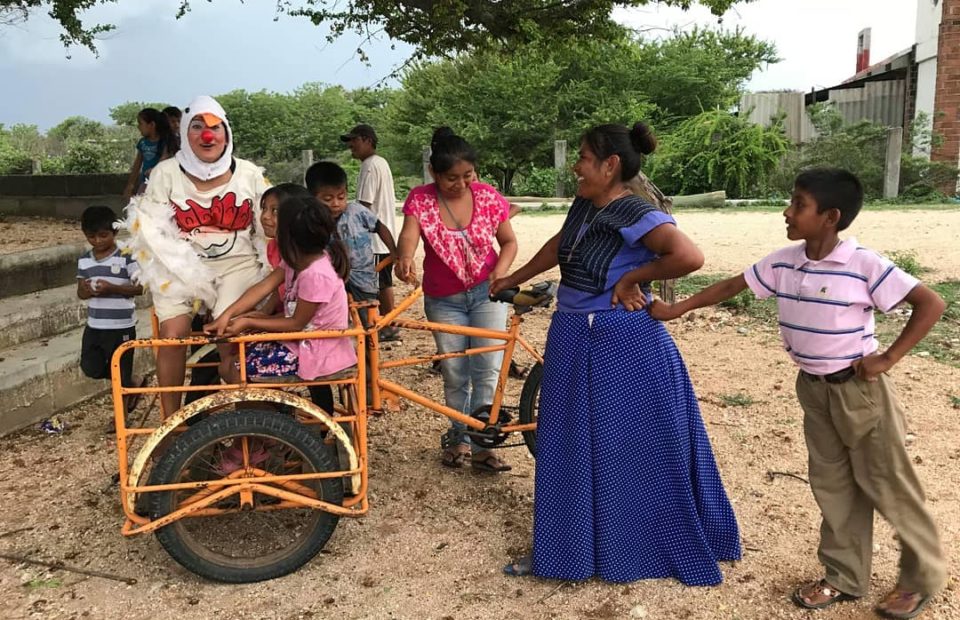