CSF is often associated with international activities, but we must know that the organization is also active here in Quebec to support communities. CSF coexists with several community organizations that want to complement their services. Located in front of Jeanne-Mance, Ville Marie, there are 89,140 people, of whom 37.1% are immigrants and 12.4% are recent immigrants. In addition, 33% of the borough population is in a low income situation. Among these households, 2,300 live in precarious socio-economic conditions. Clowns Without Borders wanted to get involved in a unifying project, thereby allowing a good synergy between the different organizations of the district by using the strengths of each.

The first edition of Nez à Nez day camp with Montréal took place during the summer of 2018 in the Ville-Marie borough. Hosted by artists from here and from Haiti, the Democratic Republic of Congo and Austria, the youth discovered the richness of cultural diversity by participating to many workshops combining circus, dance and theater techniques. Discovering public art through an enigma course made by Montréal à la Loupe becomes a child’s play! This unifying program makes people discover and know each other to help intercultural dialogue. 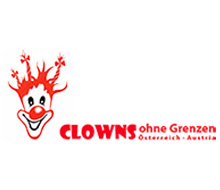