In collaboration with field partners, CSF Canada and CSF USA worked together during the emergency mission in Guatemala to provide psychosocial support to the victims of the humanitarian disaster following the eruption of the Fuego volcano. The four multidisciplinary artists performed in several IDP camps and hospitals and conducted four workshops for first responders and civilians who helped during the disaster. This mission brought laughter and hope to more than 1920 people. 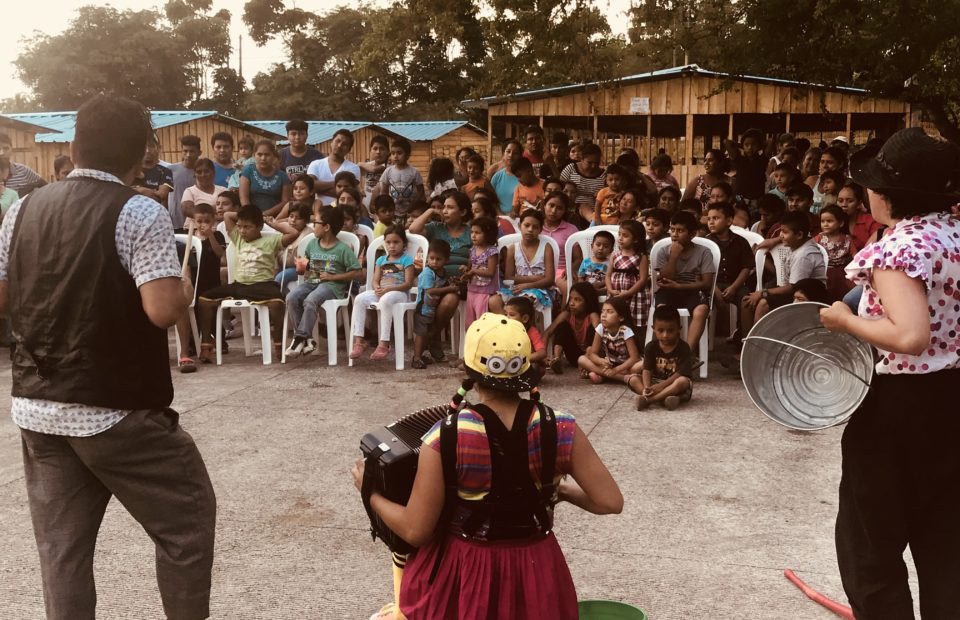